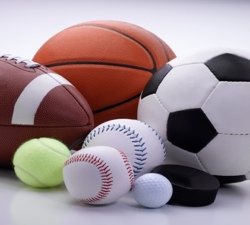 We’ve heard from a lot of families who are considering canceling cable, but aren’t ready to make the leap due to concerns about being able to watch their favorite sports. Â Here’s a short post on some of the alternatives we’ve seen…

Note: Keep in mind that games aired over standard networks can be watchedÂ using free high definition over-the-air broadcast TV. Â  (e.g. college and professional football).Â Â  In many cases, the picture is much better (since many cable signals are compressed) – even on a 50″ or 60″ flat screen TV.

1. Football – Watch games being aired over standard broadcast networks using free high definition over-the-air broadcast TV.Â Â  Good for college and professional football and bowl game coverage (including of course the Superbowl). Â Unless I missed it, NFL.com doesn’t currently offer the ability the watch live games (unless you live outside the US), but they do offer a number of options here.

2. NBA.com offers a service called NBAÂ League Pass which lets you watch live games via broadband or mobile device.Â  They currently have two options – Â Choice, $24.95/year, lets you to watch live games for up to 7 teams and Premium, $49.95 for all 30 teams.Â  In addition all games can be accessed via a DVR-like full season on demand archive.

3. Major League Baseball games can be watched on your normal TV by buying a MLB.tv subscription and watching on a set top device like the Roku.Â  As of today, pricing is $119/year which includes home and away broadcasts, full game archives, multi-game view (PIP, Split Screen or Quad) and Live DVR Controls.Â  They also include a bunch of other extras (listed here).

5. Hockey: NHL GameCenterLive offers live broadcasts (watch up to 40 out of market games each week, full length DVR like archives and the ability to watch up to 4 games at a time (using split screen mode). Â As of today, pricing is $79 for the season.

Since some of these services aren’t available via a set top box like Roku or Xbox, you may need to connect your laptop to your TV to use them. Â There are a few different ways to do this (we’ll be writing a detailed post on this soon), but if you have a flatscreen TV and your laptop has a HDMI output, you can typically use an inexpensive HDMI cable to connect the two.

3 thoughts on “5 Ways to watch your favorite sports without cable TV.”